The “Deal of the Century” Is a Stimulus, Not a Blueprint

The “Deal of the Century” Is a Stimulus, Not a Blueprint 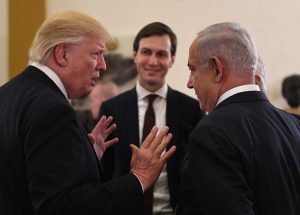 EXECUTIVE SUMMARY: President Trump’s peace plan must be understood as a systemic impetus toward a new breakthrough rather than as a practical blueprint for resolving the Israeli-Palestinian conflict.

In stark contrast to the worldwide euphoria attending the 1993 Oslo Accords, President Trump’s “Deal of the Century” to end the Israeli-Palestinian conflict was met with global skepticism, in part because of the international circumstances that prevailed when it was announced.

In both Europe and the US, the familiar sociopolitical order faces formidable challenges and a shadow of uncertainty hovers over the future. Bloody conflict zones extend from Afghanistan to Ukraine, and prospects are dim for the recovery of Syria, Iraq, Yemen, and Libya from their prolonged civil strife. What kind of peace plan could possibly end the 100-year-long conflict in the small land between the Mediterranean Sea and the Jordan River?

No less importantly, this skepticism vis-à-vis the Deal of the Century seems to be rooted in rationales and ways of thinking that belong to the last century. That incongruity is apparent first of all in the expectation of an agreed, final, and lasting peace. At the end of the 20th century, in the atmosphere of jubilation over “the end of history” that accompanied the collapse of the Soviet Union, there seemed to be a place for presumptions of that kind. But with Russia’s return to an active big-power role, even the blue-eyed Europeans seem to have sobered up from the end-of-history delusion.

Anxiety about shaky security and the uncertain future has cast a pall even over the more stable countries. Yet the prophets of peace keep insisting that if we just think positively, the results will be positive. And if they are not, it must be because we did not really want them.

The Israeli discourse on the plan reflects a similar pattern of anachronistic thinking. Thus, for example, right wingers have trouble accepting the requirement to recognize a Palestinian state, while the Left claims that the deal “doesn’t offer the Palestinians a state by any reasonable definition.” But in the 21st century, the shift in the sociocultural definition of the family is also happening to the sociopolitical definition of the state. Who will now tell a single mother that she and her children are not a family? Likewise for states, which are a much more complex phenomenon than a family, there is now more than one way to exist. Therein lies the heart of the error: continuing to think in “modern” terms amid a reality that in most practical senses is now postmodern.

Those who consider the Trump plan a blueprint for action need to adjust their thinking to the more complex and nuanced new era. Trump’s plan is very important because it marks out a new reality. It must be viewed as a systemic impetus toward a new breakthrough, not as the breakthrough itself.

But a discourse trapped in last century’s concepts relates to the 180-page plan as if it were a blueprint for running an assembly line. The emergence of a complex phenomenon, as it transits from planning stages to performance, cannot be fully controlled. This is something every businessperson knows. One cannot turn a small shop into a vast commercial network by closely following a detailed business plan.

As early as 1937, amid the controversy over the British partition plan, David Ben-Gurion was well aware of these powerful dynamics. As he put it, “A Jewish state in part of the land is not an end but a beginning.” The establishment of the state in a small part of the Land of Israel would “serve as a powerful impetus to our historic efforts to redeem the land in its entirety.”

The key to wise and constructive application of the Trump plan lies in the basic difference between, on the one hand, thinking that is modern, mechanical, and closed, and on the other, thinking that is open to new realities. Whereas modern thinking has not given up the belief that every problem must have a solution, complex thinking recognizes the existence of problems that are fundamentally unsolvable. Temporary solutions can be sought so long as they do not repudiate a timeless vision.

When it comes to national and religious dreams, one does not engage in negotiations. That is as true of the Israelis as it is of the Palestinians.

The End of Israeli-Palestinian Conflict? | Thoughts on Peace Plan